The Role of Tunneling at the Rio Olympics

Although the Olympic Games in Rio de Janeiro, Brazil, may have come to a close, Rio remains a vibrant global metropolis. In fact, its stature in the world community has been enhanced thanks to infrastructure development that bolstered the city in the years leading up to the games.

Like previous Olympic hosts, including London, Sochi and Beijing, Rio had to prepare and make some improvements. Numerous projects were launched in order to facilitate mobility and access to the different venues.

For Brazil’s economic development and competitiveness to continue, enhancing its transportation network is a must, including the utilization of underground space – and the tunneling industry is a key actor to meet this challenge.

In the wake of the Olympic Games, the International Tunneling Association (ITA) looked at back at some of the major underground construction projects completed to allow the games – as well as businesses and residents – to thrive.

The construction of Metro Line 4 in Rio de Janeiro used cutting-edge domestic and international technology to cross densely populated neighborhoods while minimizing the impact on local infrastructure and residents. The project showed that hybrid earth pressure balance tunneling in pure sands is possible and comparable to state-of-the-art slurry shield tunneling in granular soils.

The shield-driven tunnel of Metro Rio Line 4 has an approximate length of 5.2 km. The excavation was performed using a hybrid earth pressure balance shield with an excavation diameter of 11.51 m and crossed complex geology that includes a long stretch of pure sand bounded by two stretches of hard, highly abrasive rock. Considerable reduction in materials, for conditioning consumables for example, and energy of power consumption are achieved with hybrid EPB technology, comparing to a slurry shield, because it represents a considerable reduction in the consumption of bentonite and no separation treatment plant is required.

The application of EPB shield concept has allowed a minimized work area and the accurate face support pressure and controlled reduced settlement measures, as demanded in high density urban areas, has been possible in pure sands under the groundwater table, compared to slurry shield.

Around 340 companies and more than 200 specialists and consultants were involved/ Throughout the project, worksites underwent external auditing and the project received ISO 9001 quality management certification.

Since construction started in 2010, around 30,000 direct and indirect jobs have been created, generating R$3 billion (~$1 billion US) in salaries paid to employees from 23 of Brazil’s 26 states and the Federal District. Around R$3 billion was paid in federal, state and municipal taxes (31% of project costs) and will be invested in benefits for the general public.

The Metro Line 4 was inaugurated the July 30, a few days before the opening ceremony of the Olympic Games, enabling the transport of 300,000 persons a day. Five stations and 16km of track now connect Ipanema to Barra da Tijuca and the Olympic Park.

According to the Getulio Vargas Foundation (FGV), implementation of Line 4 will increase city productivity and represent savings of R$883 million a year, reducing travel time between Barra and South Zone neighborhoods by at least one hour by reducing the amount of traffic on the road.

Built in the 17th, the historic harbor of Rio de Janeiro is a unique place. Famous for its strategic location and commercial development, it had once a worldwide scope. Although it maintained cultural importance, the historic and strategic value of the harbor faded as centuries, particularly since the construction of an elevated highway. The highway blocked the famous view along the shoreline and worsened the urban and environmental deterioration.

A series of technical challenges had to be faced, especially excavating underground roads beneath or very close to historical buildings on shallow foundations or wooden piles.  Additionally, wastewater, stormwater and electrical utilities in the area needed to be relocated in before work could begin.

The project aims to bring new conditions for work, housing, transportation, culture and leisure in order to increase the current population of 28,000 to 100,000 by 2020.

Duplications of the Joá and Pepino Tunnels

The Joá and Pepino Tunnels were constructed in the 1960s and contributed significantly to the expansion of the city. Their duplications will relief traffic congestion, thereby improving the quality of life in the southern part of the city. Sprayed concrete was used for final lining, a solution promoted by ITA Working Group 12 and so much used in Brazil.

Underground Works for Flood Control at Grande Tijuca and Maracanã

Large scale integrated underground works are still underway for flood control in the neighborhood of the Maracanã legendary stadium. Three reservoirs with 120,000 cubic meter capacity (Praça da Bandeira, Praça Niteroi and Varnhagen) were constructed to retain flood peaks. In addition, the longest storm water drainage tunnel in the country was constructed to divert the Joana River to the Guanabara Bay. The total length is 3.4 km. The tunnel goes underneath railways and the Magueira neighborhood with very low overburden. Drill-and-blast was also used for the hard rock section under residential area. 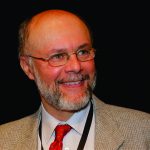 “Due to the beautiful hills all over Rio de Janeiro, the urban development of the city was always based on underground works,” said Tarcisio B. Celestino, president of ITA. “Perhaps the very first infrastructure work constructed under a public-private partnership in the country was a toll road with a tunnel between Laranjeiras and Rio Comprido districts. The tunnel was constructed in in 1887 and refurbished in 1952. Many tunnels were constructed during the 1960s when the city celebrated 400 years.

RELATED: Celestino Sets Strategy for the ITA and the Tunneling Industry

“Many other tunnels were also constructed for the 2016 Olympic Games. Among those, I would highlight the Metro Line 4 and the Porto Maravilha. At Line 4, many technical developments were required to overcome difficult and variable geotechnical conditions underneath a very densely occupied area. Porto Maravilha will continue bringing high-quality urban development for many years. Urban elevated highways became fashionable throughout the world during the 1960s and 1970s. Many of them have already been substituted by tunnels in other cities, but the arrangements with the real estate market were probably unique in Rio. Furthermore, the construction of a spectacular museum designed by the famous architect Santiago Calatrava in the area and the return of the breath-taking view of the Guanabara Bay and the Pão de Açúcar have already attracted investment to the once degraded area. Investment will continue in the coming years. All of that was made possible because of the construction of a set of tunnels. I am sure the example will be copied in other cities around the world.”